You are here: Home / Gastroenterology / How Can I Help My Child Get Better? A Success Story 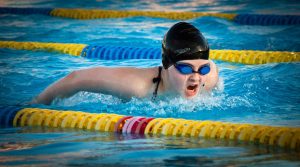 Early in 2016, a 15-year-old girl and her parents scheduled an appointment in Dr. Dave’s office. The girl was a competitive swimmer with a one-year history of abdominal pain that had been worsening over the past two months. The pain occurred several times a week and was located around the belly button, and it felt like pressure and cramps and was also associated with headaches. However, when tested, the patient’s blood work, abdominal ultrasound, upper endoscopy, and lower endoscopy were all normal.

The Father of Modern Medicine, Sir William Osler, said, "Listen to your patient, he is telling you the diagnosis." In other words, the key to helping the child lies in the history taking. The history taking in this case revealed that the patient’s pain always occurred after her intense swim practices and swim meets. The pain also occurred within one to two hours of eating lunch.

The Diagnosis and Plan

Functional abdominal pain and the brain-gut interaction were discussed in detail with the patient and her parents.

It was also determined that the Uncrustables Chocolate Hazelnut Sandwiches she ate several times a week for lunch were the cause of her post-lunchtime pain. The consuming of these sandwiches was stopped.

The patient and family met with Dee O’Neill to do the following interventions.

The patient and family were committed to the plan knowing that there was not a quick fix but that instead change would happen slowly over time.

After following the plan, the mother of the teenage girl reported:

“I was skeptical of the Neurofit program. However, we were desperate to help my daughter through sports performance anxiety, stress, headaches, abdominal pain, and ADD. We did the program over the summer. I refused to attribute any success until we were farther into the school year. We have just completed the first nine weeks with all As and a B in Chemistry. I am no longer hounding her to be organized, and her performance in swim meets has shown improvement, even earning her sectional times. Just last weekend, my daughter said, "Mom, I really think those treatments worked. I don't feel as anxious!" While we are continuing her medication, by her choice, this program has augmented her current treatment. No longer are we discussing increasing the dose, but rather, going down a level. I am a true believer.”

Our offices are convienently located in Plano and Southlake, TX. We are dedicated to providing the highest quality of patient care. Dr. Dave and her staff work extremely hard to streamline the referral process, expedite appointment scheduling, and promptly respond to patient calls. Her practice offers a pure pediatric environment. A pediatric trained … END_OF_DOCUMENT_TOKEN_TO_BE_REPLACED

Abdominal (belly) pain in children is a common condition and, while not generally a serious problem, one that can cause considerable discomfort. Approximately 30% of children visit a doctor due to abdominal pain by age 15, and 10-15% of school aged children report recurring abdominal pain. Because abdominal pain can have a wide variety of causes, diagnosis can often be … END_OF_DOCUMENT_TOKEN_TO_BE_REPLACED

You are what you eat! Your health is directly related to the types of foods that go into your … END_OF_DOCUMENT_TOKEN_TO_BE_REPLACED

This week, we’ll be hosting our first ever live Q&A webinar!  Walk with a Doc will be … END_OF_DOCUMENT_TOKEN_TO_BE_REPLACED